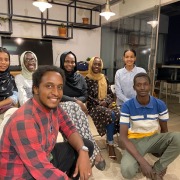 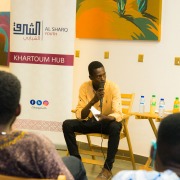 Khartoum Hub organized a discussion about “The Challenges of Democratic Transition and Its Impact On Achieving Peace and Security in Sudan” hosting the Sudanese Politican Dr. Alsahfie Khodr. 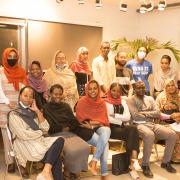 Khartoum Hub organized a discussion about “Empowering Women and Enhancing Their Role in Building Peace and Social Cohesion in Sudan” hosting Sudanese Ms. Ilaf Nasr El-Din – Executive Director of Operations at Amna and Ms. Eman Mohamed Ismail – social and political activist.
The discussion discussed several points:
– The role of women in the peace-building process
– The social and political challenges facing Sudanese women at the present time.
– The role of young Sudanese women in advocating for women’s rights issues 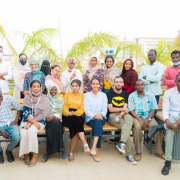 The workshop focused on several points including:
1. How to turn your ideas into a real-world application
2. How to structure a solid plan for implementation
3. How to become an effective Peacemaker
4. How to apply to a ‘Peace First’ mini-grant (up to $250) to help you implement your social change project. 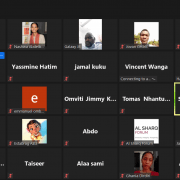 The session discussed many aspects of Peace; its history in Africa, the impact of war on continental integration, Peace and unity, Peace and youth, and Peace-building challenges in Africa. 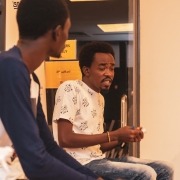 Khartoum Hub organized a discussion on entitled “The role of arts in creating communication between different cultures and promoting peaceful coexistence in Sudan” hosting Sudanese actor and director Adam Ibrahim.

The session discussed several points, including the connection between Culture and art in Sudan, How to use arts to create positive communication between different societies and cultures in Sudan and How Sudanese artists dealt with the recent violence incidents. 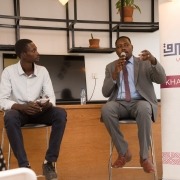 Khartoum Hub organized a discussion on entitled “The National Dialogue and its role in building sustainable peace in Sudan” hosting Shihab Ibrahim Altayeb Abdalla Elsafi, Head of the political department in the National Alliance Party

The session discussed several points, including the concept of national dialogue, the challenges of dialogue during the transitional period in Sudan, how to integrate the opposition in the dialogue, and the role of youth in it. 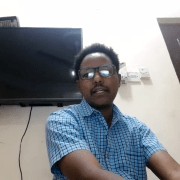 The session revolved around the question of bringing an end to the tribal conflicts cycle in Sudan, and how societies can contribute in making peace and in transforming the circle of hostility to coexistence based on peace and social solidarity. 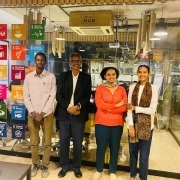 The session focused on the issue of Local Governance and its role in strengthening Peace and Social Cohesion, especially in conflict affected areas. It also tackled how the Peace Agreement dealt with wealth and resources distribution in the regions which witnessed war and conflict. Finally, the relationship between the central government and the local governments during the transitional period was discussed. 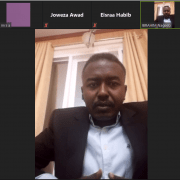 The session discusses the notion of peace, social cohesion, transitional justice, and the peace agreement signed in Juba as a starting point for achieving social cohesion.